"Early musical training helps develop brain areas involved in language and reasoning. It is thought that brain development continues for many years after birth. Recent studies have clearly indicated that musical training physically develops the part of the left side of the brain known to be involved with processing language, and can actually wire the brain's circuits in specific ways. Linking familiar songs to new information can also help imprint information on young minds."
- #1 in "Top Twelve Benefits of Music Education" 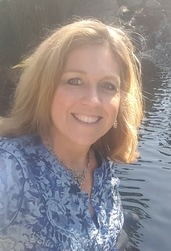 Ms. Sandra Hench has been the Instrumental Music Director at Western High School since 1992. Prior to that she taught 2 years in the Garden Grove District at Pacifica High School.  In addition Ms. Hench spent three years teaching music at Bishop Montgomery High School in Torrance, CA.
Ms. Hench worked on the Master's of Music Degree with an emphasis in flute performance and teaching credential at California State University at Long Beach. She received a Bachelor of Arts degree in Music with a double emphasis in Flute Performance and conducting from the University of California at Santa Barbara.
Sandra Hench has taught string orchestra classes at Cypress College, served for three years as the Orchestra Manager and Associate Director of the Orange County Youth Symphony Orchestra and taught for several years at the Arrowbear Music Camp. Ms. Hench is a freelance woodwind musician and clinician throughout Southern California and has performed in master classes with Jean-Pierre Rampal, Julius Baker, Loius Moyse, John Barcellona, Gary Woodward, Frances Blaisdell, Steve Kujala, and James Walker.  She has been involved with the SCSBOA providing flute auditions and coaching for the All Southern California High School and Middle School Band and Orchestra groups as well as Field Adjudication.   Ms. Hench performed on french horn as a member of the Kingsmen Alumni Drum and Bugle Corps. and clarinet and saxophone with the Laguna Beach Community Band.  Ms. Hench currently plays drums with the Long Beach Pipe Band.


Letter from the Director:
Thank you for letting your child be a part of our group! Without interested students and parents, there can be no band program. You have made a sacrifice and a commitment to providing your child with access to an activity that is intellectually stimulating, emotionally fulfilling, physically challenging, and socially meaningful. Through the study of music and membership in the band, your child will develop new skills, new ways of understanding, and new relationships and experiences that will enrich your son or daughter for the rest of his or her life.

The WHS Pioneer Band’s 70+ year tradition of success and expectations for excellence in the future depend on the whole-hearted and enthusiastic support of our band parents. The many activities we participate in and the things that we do to provide for our students would not be possible without you. We hope that all of you will find ways to participate and activities to be involved in which reflect your special skills, talents, and interests. There is plenty of work for everyone, but if we all pitch in and work together, the load is not overbearing for anyone.

Please join with the students, the instructional staff, and the Booster Officers, as we continue to operate a band program in which we can all take great pride.

(CONFERENCE PERIOD)
During distance learning an office hour will be set in the near future on Tuesdays.   If you have any questions the best way to reach me is E-mail: Hench_S@auhsd.us 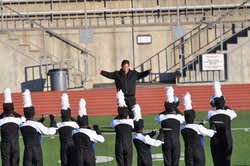 Vince Stewart ﻿has been on staff with Western High School since 2006.  He has served in the past as Visual Coordinator and Music Arranger for Southern California's very own Impulse Drum and Bugle Corps.  Mr. Stewart writes drill, musical arrangements and has instructed brass and marching at many top music programs      throughout Southern California.﻿ 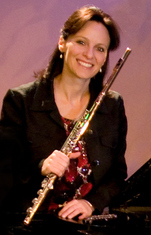 ﻿Woodwind specialist Stephanie Getz is a freelance artist in Southern California, regularly performing, recording, and teaching private lessons. She studied at Interlochen Arts Camp for three summers and went on to earn a Bachelor’s degree in both Music Education and Music Performance from Ohio’s Bowling Green State University, where she studied with flute professor Judith Bentley. Stephanie has taught in schools in New York City, Ohio, Alabama and California, and has performed in Israel, England, France, Spain, Canada, and throughout the US in tours, competitions, and solo, chamber and orchestral concerts.
She performs now with the Orange County Symphony and Wind Symphony, an international folk music group and various improvisational ensembles, as well as being active in church music ministries, volunteering with troubled youth, and doing professional portrait photography.  Ms. Getz has been with Western High School going on six years?

She is excited to be joining the staff and coaches at Western High for the 2019-20 school year! Lynsey Mikels  received and AA Degree in Liberal Arts from Moorpark College in 2011 and a BA Degree in Psychology from California State University Long Beach in 2013.  She brings with her a depth of training in Ballet, Modern and African Dance techniques.  She has performed with Pacific Crest Drum and Bugle Corps, Corona Winter Guard, Santa Clara Vanguard Drum and Bugle Corps and Winter Guard, and most recently was a member of the Visual Ensemble team for Blast! in Japan.  Lynsey has been a Guard Technician for Moorpark High School and currently is a Color Guard Technician/Choreographer for California High School, Caption Head/Designer for Ross Middle School, Technician/Choreographer for Gahr High School, and is on the Instructional Staff for The Pacific Crest Drum and Bugle Corps.    This is Lynsey Mikels second season with Western High School as Caption Head/Choreographer.